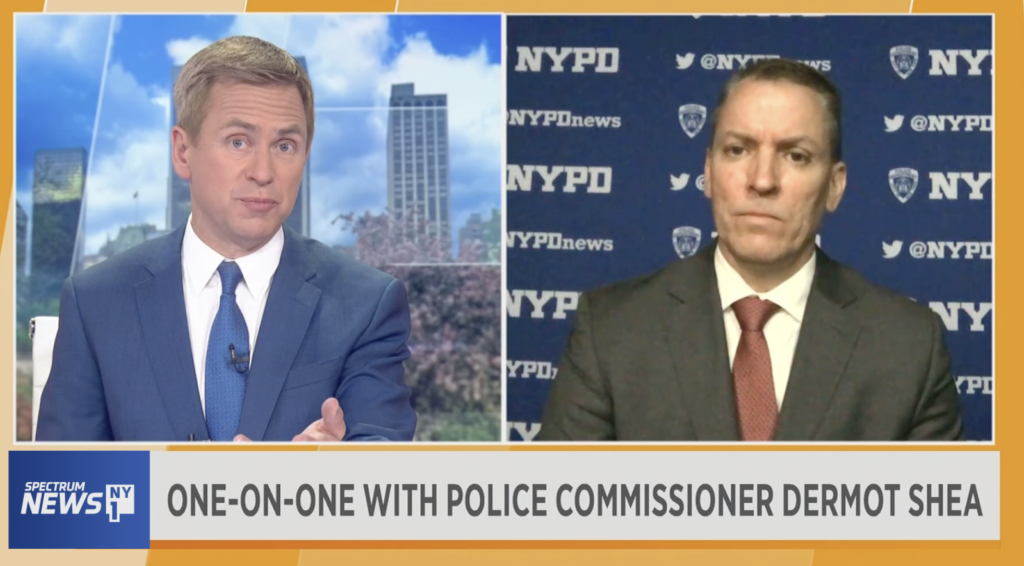 This week, New York City mayor Bill de Blasio visited Rikers Island amid weeks of calls of a “humanitarian crisis” and the 12th death in the city’s jail system so far this year. While the torturous, polluted and overheated reality of city jails has perhaps never not been a crisis, attention has landed squarely on conditions there that have reportedly worsened as the number of people incarcerated there has also grown.

A terrific WNYC/Gothamist and NY Focus joint feature this week explains how the city jail population has grown to about 6,000 people held on any given day as judges have resorted to more aggressive bail-setting tendencies after a rise in shootings as well as a fearmonger-y tabloid backlash to 2019 bail reforms:

“In early 2020, after the legislature’s landmark bail reforms went into effect, judges’ pre-trial decisions contributed to a sharp reduction in the city’s jail population. But as shootings in the city rose—and as tabloids and law enforcement waged a successful battle to partially scale back the bail reform law—court data suggests the judiciary became increasingly unable, or unwilling, to follow the law. Judges routinely made decisions that detained people pre-trial, even when the city’s statistical tool for assessing flight risk indicated they were likely to return to court.”

But as the Rikers and jails crisis reaches a fever pitch (I mean, shit, even Governor Kathy Hochul had to quickly pass a longstanding state bill to reportedly release just shy of 200 people), who else besides state judges and the masochists at the New York Post have contributed to the jails crisis?

Last year, as shootings rose during the pandemic, Spectrum NY1 News began a recurring segment with NYPD Commissioner Dermot Shea on their morning show with host Pat Kiernan. For over a year, the city’s top cop has enjoyed a friendly interview segment where he was often brought on to give the police side of things during last year’s George Floyd protests (6/1/21), but also began to increasingly focus on shootings and complain about what he described as “a criminal justice system that’s not working” (6/29/21).

As the Mayor and Governor had daily press briefings about coronavirus, Spectrum NY1 News (which last year, by the way, settled a gender discrimination lawsuit) has given a weekly or semi-weekly platform to the commissioner. And if it’s not clear what Shea means when he says the system isn’t working, he has often been explicit in his assertion that the state’s reformed bail laws have made the city less safe both pre-pandemic on NY1‘s evening show (3/6/20) and post-pandemic to the morning show (6/6/20):

“We can fix this. We don’t need a lot of new things. What we need is support, and that’s in short supply. We need tools — we need laws that make sense — and then we need resources.”

There is no evidence that bail reforms, which were watered down in 2020 in response to voices like Shea’s, led to or contributed to a rise in shootings. What is much more clear is that the weekly rants afforded to Shea by Spectrum NY1 News have likely contributed to more and more people languishing in city jails. This week, after Kiernan floated the idea that people who are released from jails (people who by and large are legally innocent) maybe should be tracked by police to their homes, Shea responded to the jails crisis (9/28/21):

So if we leave it to Shea, let them all rot in jail. So people like Isa Abdul Karim, a 41 year old Black man who died in Rikers of COVID-19 after being arrested for a minor parole violation? Let them rot, says Shea. How about people like the 56 year old homeless veteran Jerome Murdough, who “baked to death” in Rikers in 2014 after being arrested by the NYPD for the high crime of sleeping in a Harlem public housing staircase (trespassing)? These people can’t make bail and deserve to be there, according to Shea.

The minds at Spectrum NY1 News have apparently deemed this a great guest to give a recurring platform to in the interest of journalism. But if this is journalism, how do we differentiate this from a police press release? During the mayor or governor’s daily coronavirus briefings, there are at least some critical or button-pushing questions from the press corps. Shea, on the other hand, benefits from softball questions from a more-than-accommodating Kiernan – who, to my knowledge, has never pushed back on Shea’s bail-crime assertions. Is there any doubt  as to why Shea is comfortable enough to appear so regularly?

This is not only clear, unfiltered copaganda, it also repeats these police assertions week after week after week to a local audience. Of all people to ask about bail and policies, police – who put arrest people and send them on their way to judges and prosecutors (people don’t fall out of the sky into jail) might be the most biased of all. Repeatedly allowing them to rant about these policies is arguably even more harmful to the public discourse than a single bad copaganda story, police-favored opinion piece or police ride along news feature. It hammers away at and shapes public opinion in a way that helps lead us to what we are seeing on Rikers and other jails.

At this point, we may as well give Shea an office and desk at Spectrum NYPD1, err, NY1 News, because there is no discernible line between the news and the police

Josmar Trujillo is an activist and writer based in Spanish Harlem. He has written on policing, education, housing and disaster recovery. His work has been published in the New York Daily News, Newsday, amNY, the Huffington Post, Gothamist, City Limits, Fairness & Accuracy in Reporting (FAIR), In These Times, The Appeal, Truthout, the Manhattan Times and Crain’s NY.