The Trial of Donnell Murray: How Prosecutors Use Conspiracy and Questionable Testimony in “Gang” Cases 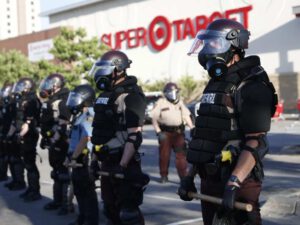 Why did Target email the LAPD after police killed George Floyd?

Emails we recently obtained from LAPD chief Michel Moore hints at a deep collaborative relationship between the retailer and police forces across the country.